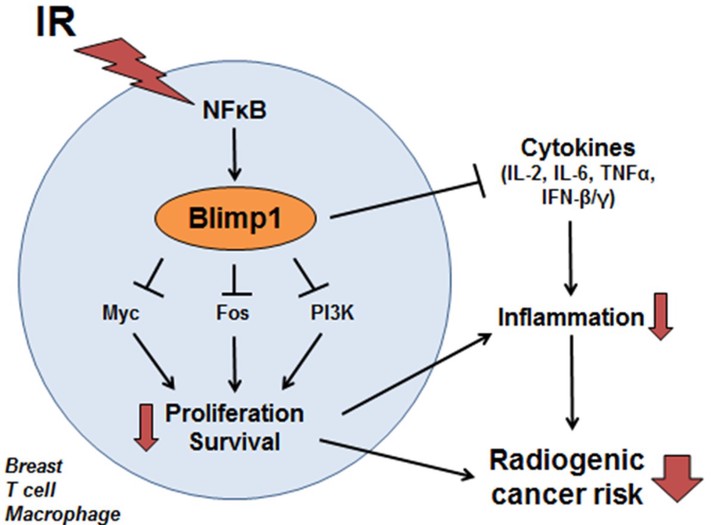 For my thesis proposal for the Committee on Cancer Biology at University of Chicago in 2013, I proposed a series of in vitro and in vivo experiments to elucidate the cell signaling of Blimp1 (PRDM1) following induction by ionizing radiation (IR). IR exposure durng cancer radiotherapy damages healthy tissue and risks causing radiogenic second cancers as a late side effect of treatment, particularly for pediatric cancers. A previous GWAS study implicated a SNP causing differential expression of Blimp1 and differential induction of Blimp1 expression as an extremely powerful predictor of secondary breast cancer following radiotherapy for pediatric cancers. Individuals with the genotype associated with increased Blimp1 expression after IR exposure had a significantly lower risk of secondary cancer compared to individuals with the genotype associated with non-inducible Blimp1 expression following IR exposure. My goals was to elucidate the signaling pathways induced by Blimp1 in response to radiotherapy in order to clarify why Blimp1 expression in that context might be protective against future cancer.

I successfully obtained PhD candidacy with this proposal. These documents support my ability to design independent research, perform preliminary studies, and communicate science.

I ultimately did not complete this project due to a toxic work environment in my lab. With the support of the dean of the Biological Sciences Division, I sought a new lab, but my advanced standing in the program complicated funding for my prospective mentors. I chose to leave with my master’s degree and focus primarily on biology education while working part-time in research. Ultimately I decided to return to a career more engaged in research, leading me back to graduate school. 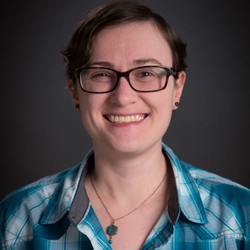